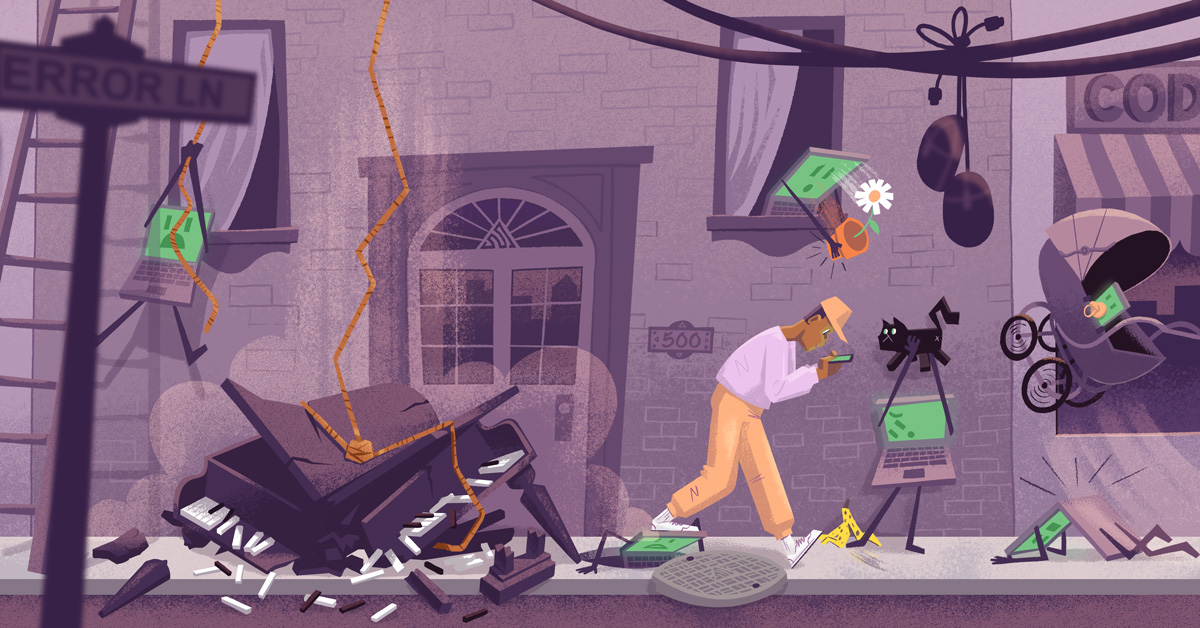 Crashes are something we know a thing or two about. We see a lot of reasons why apps crash, but we also see when a lot of popular mobile apps crash at once.

Crashes across many mobile apps at the same time is not typically a result of an app-specific code update. I mean, there’s a non zero chance that hundreds of developers published broken apps… but these widespread issues are likely a result of two things. One is when a bug is caused by something related to time (like mishandling of daylight saving time, time-based overflows, expiring certificates etc.). The second is something we’re all familiar to because we’ve experienced it twice in the last two months: crashes caused by code failing to talk to an API or because the API starts returning unexpected data.

Facebook made a change in its SDK that caused a ridiculous number of mobile applications to crash. On application startup, the SDK tried to hit an API endpoint but the callback that works with the response data would cause the app to crash immediately. The function looked like this:

The code crashed on restrictiveParams.count which is syntactic sugar for [restrictiveParams count] and sends the count message to the given Objective-C object. In this particular case, the restrictiveParams object was nil (NULL). The code is obviously in violation of what it suggests will happen. Both the input parameter to the method (restrictiveParams is declared nullable) as well as the return value from [FBSDKTypeUtility dictionaryValue] is nullable if the passed object is not an NSDictionary but the code does not check for nil.

The input value itself comes from code that parses a JSON response from the web API which again can return nil if the key does not exist.

The same way the problem appeared — through a server-side change — the problem was resolved. If you look into the SDK you can still see that nothing was changed on the code which means that if the server were to return bad data, all applications using this SDK would crash again. This means that the code on the client was not really fixed and is still broken with regards to the handling of invalid data coming from the server.

Given that the Facebook SDK is widely adopted and would be time-consuming for every application to update the SDK, the problem needs to be fixed on the server quickly.

Fortunately, Facebook has the means and the technical staff to respond and resolve these issues quickly. Unfortunately, end-users don’t see the poor experience as a Facebook problem, they see it as an app problem. This particular SDK problem impacted navigation apps, music services, and many more. While popular SDKs provide many benefits, they also serve as a single point of failure with significant downstream consequences.

The most apparent is the spike in support cases. If users can’t open an app they deem important, you can bet they’ll tweet at you, reach out via chat support and probably email in. Not to mention, some apps automatically send crash reports upon a crash. Imagine waking up to that backlog? No thanks.

Another downstream impact is on the tools application developers use to maintain their software, like an error monitoring tool :wink wink:. On a normal day, applications crash for all kinds of reasons, and usually the crashes are distributed throughout the course of the day. For an error monitoring product ingesting those events, evenly distributed crashes are great. Low event volume throughout the day means the error monitoring provider doesn’t have to throttle how many events they process and can serve them back to the developer in real-time.

But when a large number of widely used applications start crashing, that error monitoring software needs to scale. Spikes like what we saw last week cause an extra load on the backend and some providers need to essentially rate-limit what they serve their customer. This means you as the developer are not getting crashes in real-time and you’re not getting all of them anytime soon.

In other words, third-party SDKs aren’t going away. They make it easy for users to adopt our software but at the same time, they pose a big risk because critical parts of your application depend on it. Select software that’s built to scale so in the rare unpredictable occasions when you need them to work flawlessly…they do.

Prepare for Next Time

So let’s look at how to prevent a ton of applications from crashing at startup without having to wait for the SDK author (in this case Facebook) to fix it:

This leads us to how to write code so that it does not crash on bad data. When we consume something from an API on a mobile phone we want to make sure the following things are happening: